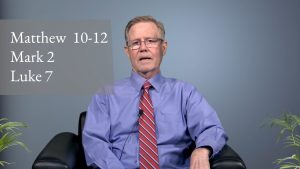 Since God is love, when is there a time when His Law must be broken to show mercy to someone suffering, it is permissible.

Testing the Book of Mormon – Part 4

The Book of Mormon had three “witnesses” who signed their names claiming to have heard the voice of God, seen an angel and even seen the Gold Plates.
And before their deaths, all three of them – Oliver Cowdery, David Whitmer, and Martin Harris renounced Mormonism and were condemned as reprobates by the Mormon Church.

Testing the Book of Mormon – Part 3

Is there archaeological evidence for the Book of Mormon. Gold Plates or historical evidences that prove that civilizations existed.

Testing the Book of Mormon – Part 2

The Book of Mormon claims to have a parallel timeline with the Bible.
But, when put to the test, does it hold true?
Let’s look at the historical evidence.

Testing the Book of Mormon – Part 1

How would you define faith? Latter-day Saints often use Hebrews 11:1 “Now faith is the substance of things hoped for, the evidence of things not

Giving the Sabbath a Rest

There is no other Sabbath rest besides Jesus. He alone satisfies the requirements of the Law, and He alone provides the sacrifice that atones for sin. Believers today, being under the New Covenant, are not bound to keep the sign of the Old Covenant. The New Covenant is better. 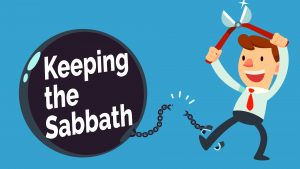 Find out how Sabbath-keeping is a matter of spiritual freedom – not a command from God.

Mormons believe that Sabbath-day observance was established during the days of Adam and Eve. I noticed the increased emphasis church leaders are putting on Sabbath

Can the Word of God Pass Away?